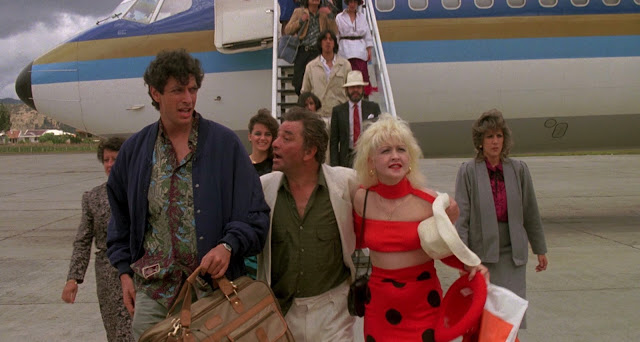 I starting watching this fully expecting it to be godawful. I’ve only ever liked Jeff Goldblum in The Fly, and even though Cyndi Lauper is a fine singer and performer, that doesn’t often translate to actor. But I really liked it. Cyndi was good and Jeff was low-key for Jeff. They play two psychics in bad relationships with other people hired by Peter Falk to find treasure in Ecuador. Huh, you say. Apparently was described by someone at the time it came out as  “Romancing the Ghostbusters in the Temple of Doom”.  It’s all that. But it’s not painfully ridiculous.

This movie completely proves that I never pre-judge a film.