This movie is weird. A bit of fluff with the sexiest man ever, Elvis Presley, and the sexiest woman ever, Ann-Margaret. They dance and sing and flirt, after he stalks her until she gives in. Only in the movies does this happen.

The depictions of historic Vegas casinos and quaint showgirl acts are just adorable.

Most of the musical numbers are pretty forgettable except for What’d I Say. The girl in the white top is Teri Garr. 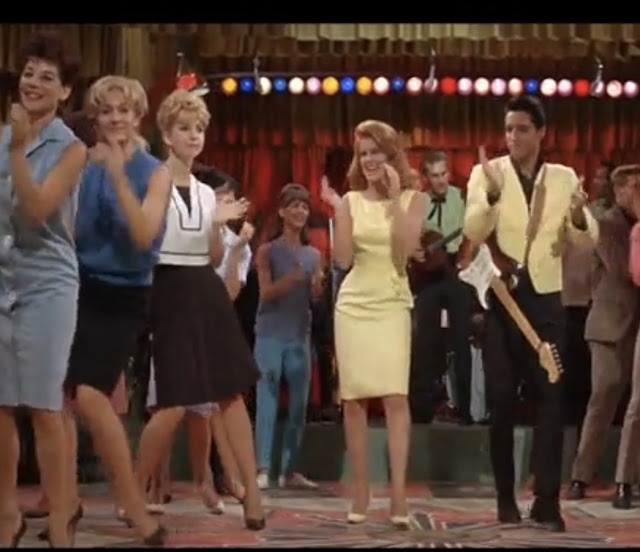 and Toni Basil is the "girl with the red dress on". 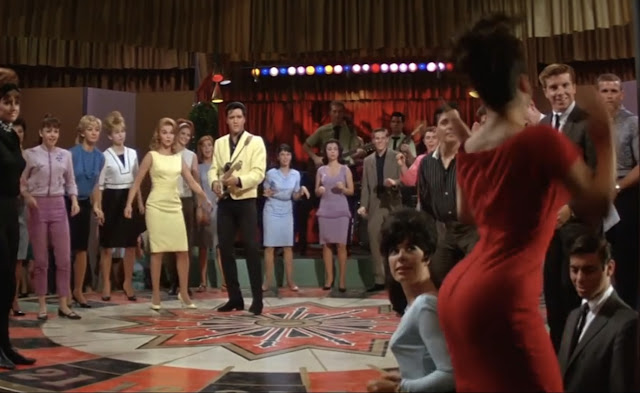 Soon it turns into a weird love story about a race car driver and the woman who worries he’ll get in a crash. Then there’s a talent contest. Then some more dumb songs. Then a car race. There are two helicopter scenes. They sure packed a lot in a hour and 25 minutes, the shortest movie Elvis made.

This is the first movie that I have watched this year while doing something else, if you don't count watch parties. During a lot of the musical numbers I switched over to the news to see if any more white supremacists got arrested. Can’t wait for the first congressperson. I just hope it's not for shooting another congressperson.