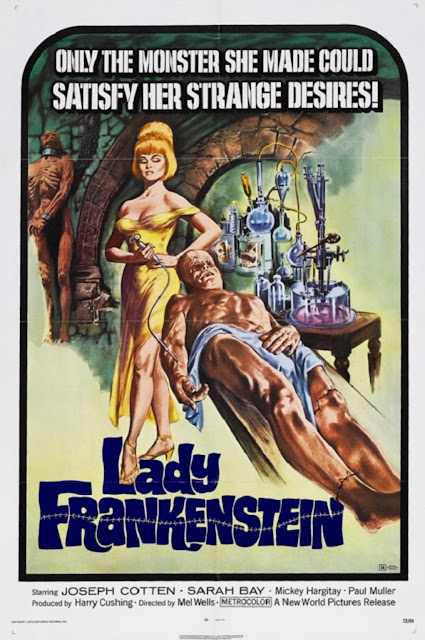 This may be an example of another poster made before the film to help get financing.

This movie is pretty out there. Italian, late Joseph Cotten paying the bills, nudity more easily explained by budget constraints than titillation. Tania (pronounced Tonya) Frankenstein arrives home after going to medical school and becoming a surgeon, which seems unlikely. 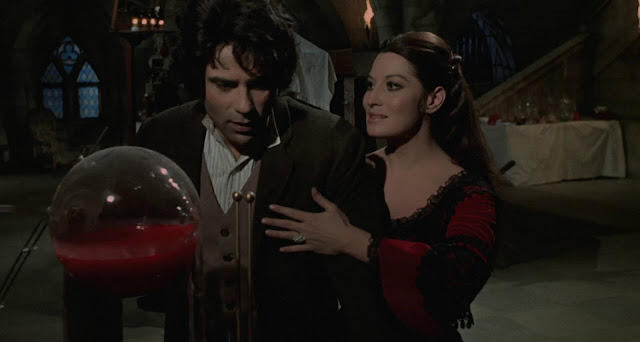 Daddy Frankenstein is continuing the long tradition of patch-working dead people then trying to bring them back to life then getting killed by them. You have to admire filmmakers who see how many Frankenstein movies there are by 1971 and say, why not make one with lots of naked bewbs and butts and creepy sex. And two monsters. And let’s throw 56-year-old Mickey Hargitay in there and dub him so he sounds like a game-show host. A fun watch overall. 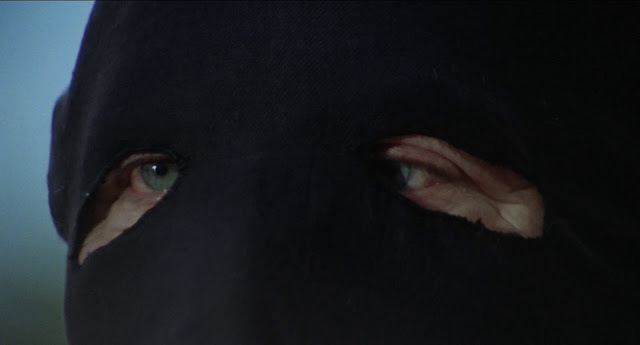