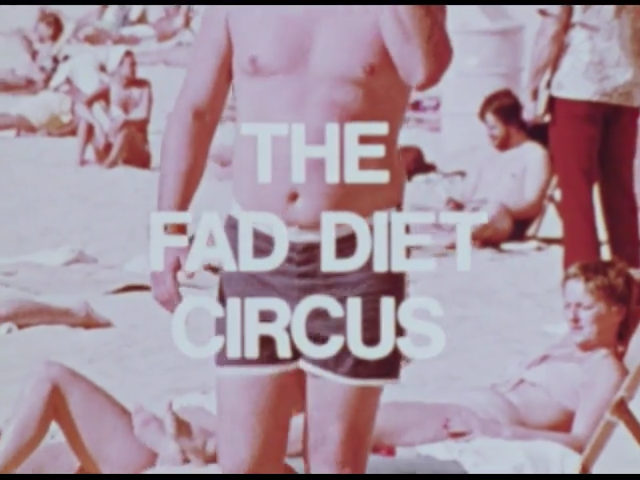 I spent the day very depressed over my body fat and the decision that I would need to give up carbs, which I’m craving because I’m depressed. So I thought I would watch this short again because I couldn’t remember what it was about exactly but it has “fad diet circus” in the title. Turns out it’s about giving up carbs, more specifically, following the Atkins Diet. I had no idea Atkins started in the 1960s. In this film people were followed after given the Atkins diet but not told that’s what it was, or a balanced low-calorie diet. The second group lost more weight and kept it off longer while several Atkins people dropped out because they felt shitty. This info is presented to Dr. Atkins himself. He deflects blame. The end. 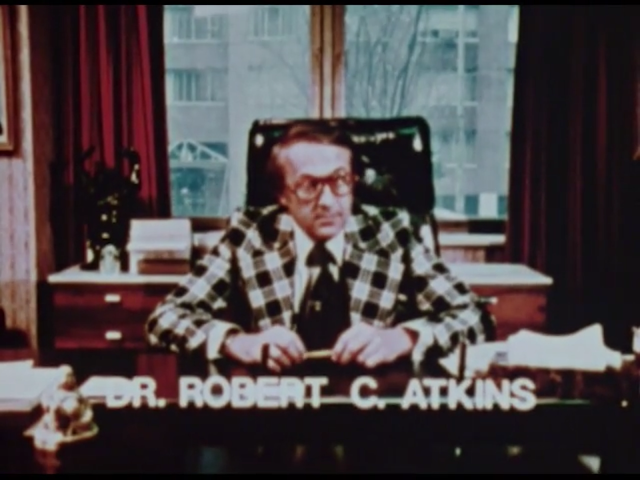 One of the least trustworthy people I’ve ever seen.

So eat carbs, just not an entire cake every day, which is what I really want.