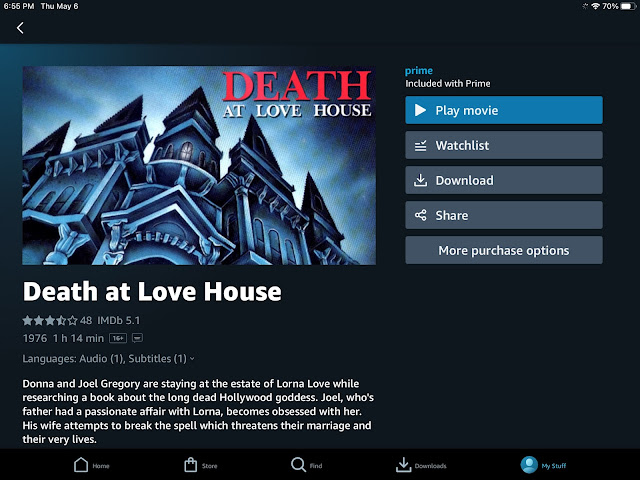 Made for TV movie with Kate Jackson, Robert Wagner and Sylvia Sidney with cameos by Dorothy Lamour, Joan Blondell and John Carradine. A writer and his wife move into the 1920s mansion of film star Lorna Love who died in 1935 to write a book about her. It has a lot more satanism in it than I was expecting. Nice ending, worth all the nonsense to get to it.
at May 06, 2021