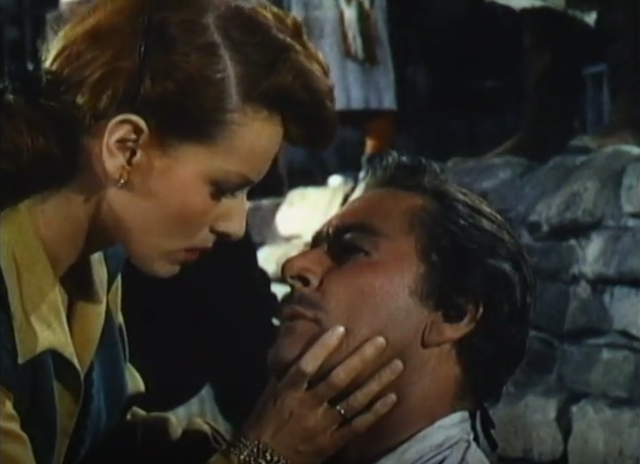 This movie was made in 1952, five years before Flynn's death at the age of 50. He was already well on his way to killing himself with alcohol, and though it was banned on set, Maureen O'Hara said he would inject oranges with vodka and eat them in the mornings. By 4pm he would be unable to work.

Maureen O'Hara plays a pirate captain and she is HOT. And by that I mean sexually aggressive.

This movie has some sword fights in it but not so many that I got bored. I feel the same about sword fights as I do about martial arts battles. Yawn. Until Maureen picks up the sword. 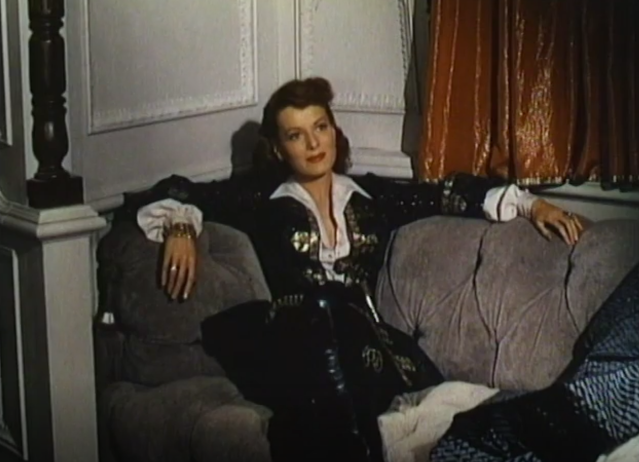 A lot of the costuming and sets are oddly terrible. The colors clash. The exceptions are the pirate's fancy gold-trimmed velvet coats and Maureen's groin-high decorated leather boots. This is where Halloween costumes got their ideas, much like flapper costumes are based on 1950's movies about The Roaring 20s.
It's a fast story with two beautiful people in gorgeous Technicolor and it took my mind off the state of America for a full hour and a half. Sure there was a spy but he got flogged.
Read post from Signal-Watch for more info: https://www.signal-watch.com/2020/03/pirate-watch-against-all-flags-1952.html
at January 15, 2021