First viewing, and on a big TV 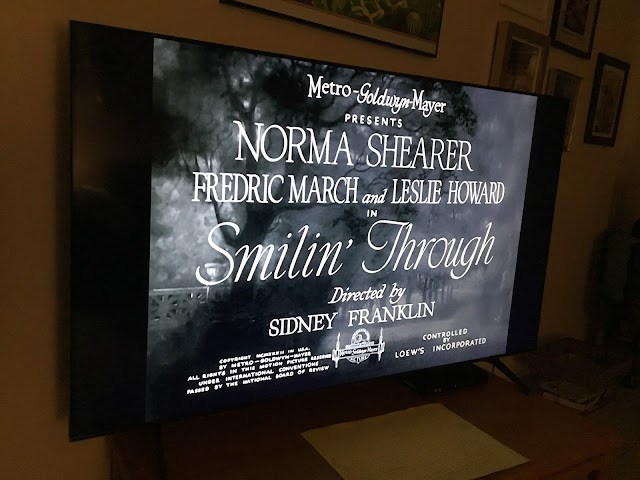 My first movie of the year away from home, not counting the plane ride movie yesterday. This movie happened to be coming on TCM at a time of day that was good for watching in my parents’ living room. Mom had gone to bed and Dad was sitting in the next chair playing games on his iPad and letting out disapproving noises regarding the corniness of the film and how quickly he would have walked out of it. And yes, it was corny and melodramatic and cliched.

Made by MGM in 1932 it has the quality of a big-budget production of a romance based on a stage play from 1919. It’s got double-exposure ghosts and dual roles by Norma Shearer, Leslie Howard and Frederic March. 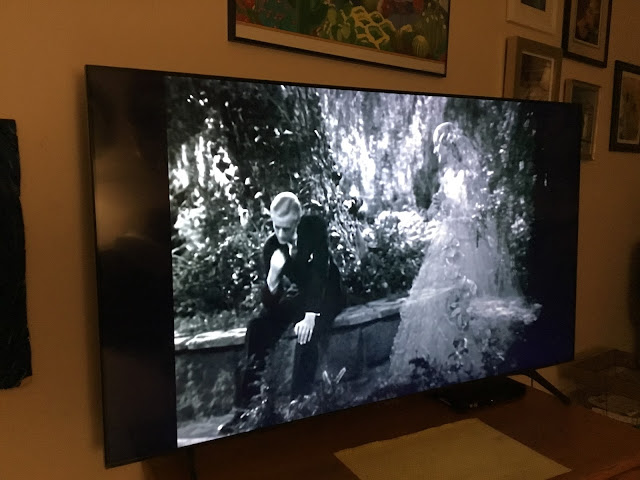 It’s got a 70-year timeline. It’s got thoughtful camerawork and lots of crying. It’s got snappy dissolves and long emotional speeches. I didn’t hate it but it speaks of a time where natural acting wasn’t quite a thing yet. It’s got a lot of acting. SOOOO much acting. It’s the kind of stale acting style that made James Cagney so fresh and shocking when he came on the scene. He said, never let them catch you acting.