First viewing, of any Falcon film 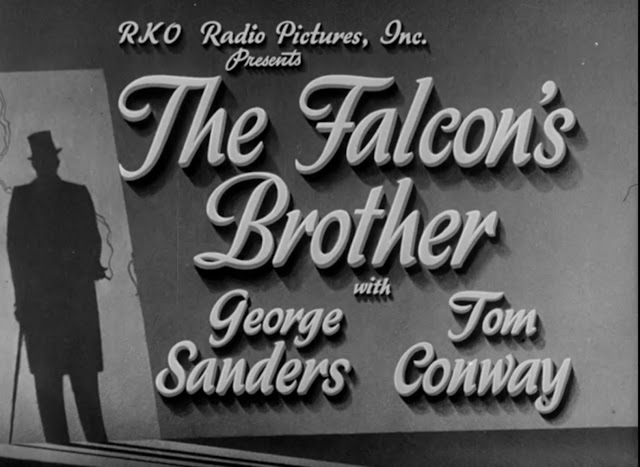 Made in 1942, this is the fourth Falcon film of sixteen made from 1941-46. This is the last starring George Sanders as the famous detective Gay Laurence (don't laugh, he's not gay, he's British). It also features his brother, Tom Conway, as the Falcon's brother, Tom Laurence.  (Tom Conway lost the coin flip to change his name as he and his brother didn't want their careers to get confused). He went on to play Tom Laurence Falcon in the rest of the Falcon franchise. George decided he wanted to move on in Hollywood and he had a long and varied career. 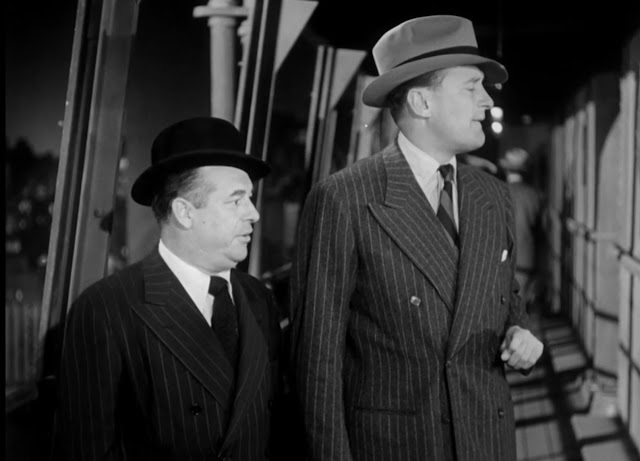 The man on the left is The Falcon's sidekick, Lefty. I'm not sure why, I guess Shorty was too obvious.

George and Tom starred in only two movies together and they played brothers in both of them.

The Falcon's Brother is a delightful pastiche of murder (by gun and by poison cigar), mistaken identity, wartime fashion and German and South American espionage featuring George and Tom as two horn dogs who can't be anywhere near a woman without harassing her. This was once seen as manly and desirable. It is convenient for them that a lot of the action takes place around fashion models so they can establish once and for all that they are definitely NOT GAY.

A dead body on a boat mistaken for Tom Laurence leads to the fashion house, more murder, some gowns, a photographer, a lady reporter, a South American dance couple and codes on magazine covers communicating wartime attacks. During the investigation Gay is hit by a car and bedridden, unconscious for days with a private nurse, and not taken to a hospital, because it would ruin the murder investigation, somehow, leading to his brother Tom running things for most of the movie. When Gay awakens from his coma he immediately sexually harasses his nurse. 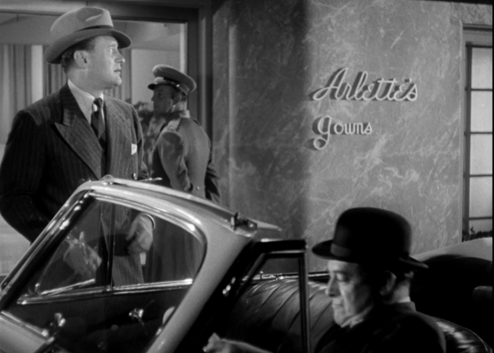 An interesting note of awkward dialogue has the photographer boyfriend of the fashion designer saying he didnt want to miss the new show featuring the "new government approved styles".

The gown on the left, according to the designer, shows an example of the new L85 regulation (requiring a minimum of materials and other rules) and assures us that "we can have lovely dresses and comply with recent government regulations".

I enjoyed this movie, it has a light tone without being excessively slapstick, and I will look for more Falcon. The Falcon Takes Over, also from 1942, is based on Raymond Chandler's Farewell My Lovely.