Second viewing, first viewing was in the theatre in 1978. Quarantine watch with mom and dad, follow-up. 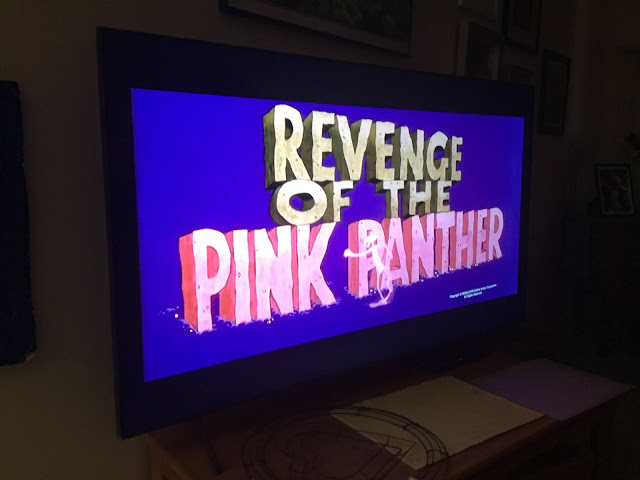 The history of the Pink Panther films has been covered thoroughly in an AV Club article from two years ago, so what I have to add is purely personal. This film is not as funny as I remember it, but it still made me laugh out loud a few times. The late 1970s discofied version of the theme song was weak and there was barely a soundtrack at all. The casually racist jokes were icky. Dyan Cannon was great. Peter Sellers was an amazing actor and comedian who would die two years after this movie of a heart attack at the age of 54. He had had a heart attack the year before this movie.

None of this movie had the slightest relevancy to today’s events, which consisted of having CNN on for hours while the new White House Press Secretary gave the daily briefing with Dr. Fauci. I was so happy watching and listening to intelligent, competent grown-ups while I put up white contact paper inside my parents’ dark kitchen cabinets so my sight-impaired father could find things easier. Sometimes you need more light to see clearer, sometimes you need more reflection of light, and sometimes you need people to say I don’t have the answer to that question right now.