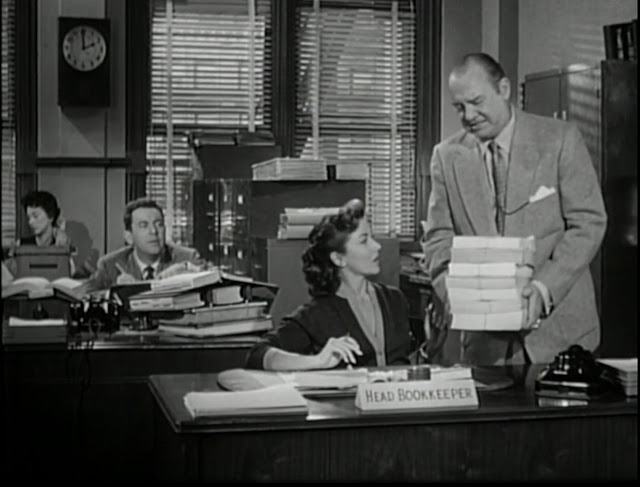 From Warner Bros, this short film stars George O’Hanlon as an office manager whose wife, Phyllis Coates, wants to work outside the home. She blames her husband for keeping her trapped in the drudgery of fifties housewife existence. He agrees to get her a job in his office, with behind-the-scenes conspiracy with his boss to give her terrible tasks that they know will have her begging to go home. Unfortunately for them, she is good at these things. So good she gets three promotions. (A weird twist is that her salary is coming from her husband’s salary). After he is fired and she gets his job, a bartender tells him he never has that trouble because he keeps his wife barefoot and *whisper whisper*.

In the final scene she is president of the company and he is in the kitchen in an apron cooking and rocking a crib with no shoes on.