Huh. Part of popular culture since the play of 1905, I couldn’t tell you what it was about before I saw this movie. Turns out it’s about an Englishman saving French aristocrats from the French Revolution of the 1790s. Back then, rich people were the enemy in countries where everyone was white.

Merle Oberon is beautiful and completely believable as a Frenchwoman popular in English society married to Leslie Howard, who is much better here than in Gone With the Wind as he switches from well-known ass and fop Percy to the hero who risks his life to save innocent people rich through the accident of birth.

Raymond Massey is excellent as the villain out to find the Pimpernel (p.s. a scarlet pimpernel is a small flower). His ability to wear a ginormous collar is unmatched. Even Dracula never went this big. You know what they say about the size of a man's collar. 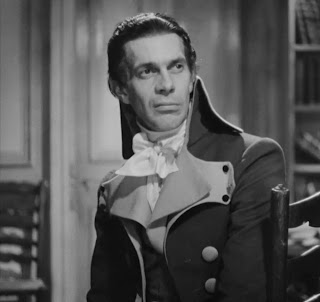 The delight however is a Nigel Bruce as the Prince of Wales, someone I will always associate with Hugh Laurie from Blackadder the Third. Check out Sherlock Holmes' Watson here. Imagining the guy behind him is Holmes. Waiting for the 1790s Sherlock reboot. 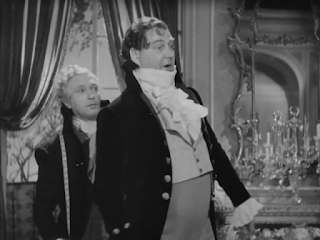 Current events have me examining revolutions, albeit accidentally. I have noticed that the enemy of American democracy is not as clear as rich against poor, educated versus uneducated, South versus North. The enemies of democracy and the system of voting we’ve had for hundreds of years are those who can’t except human beings as human beings regardless of their skin color or national origin.

Anyway, the pace of this movie is very much of the thirties costume drama variety, and kind of boring, except for the amazing guillotine scenes near the beginning. Barely passed review due to cleavage that’s almost invisible.

I forgot to mention that Tweedle Dee and Tweedle Dum are in it. 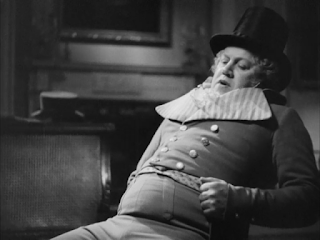 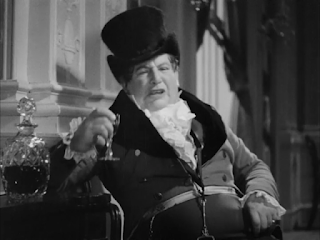