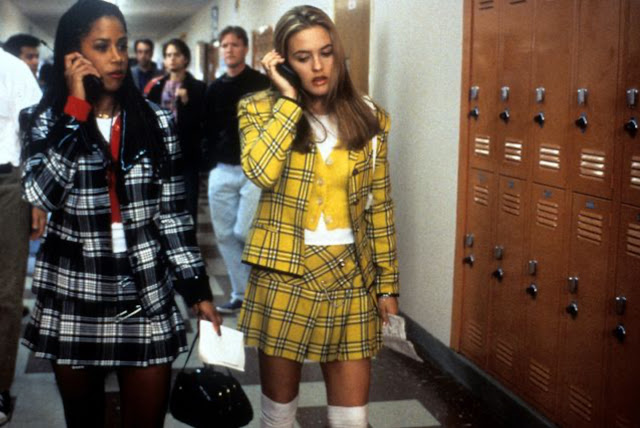 We sold this costume at SFParty, it was called “Fancy Girl”. Now I get it.

I have not seen a lot of movies that came out in the 90s. I moved to San Francisco in 1986 and from then on hardly any of my entertainment was mainstream, it just didn’t happen. I had more choices. If I went to a movie it was at the Red Vic and was Gimme Shelter or was at The Castro and was Brazil. Mainstream movies seemed expensive and dumb, so I missed about a decade of movies that just about everyone else has seen (I caught up with a few of them later in the brief time I had cable). So I just now saw Clueless.

When I started this blog it was meant to kill time and force myself to focus on something that was not world events or personal troubles. But today I was so distracted and restless I just couldn’t land on anything I could watch for more than two minutes. Throwing it out to Twitter, comedian Greg Proops suggested Clueless. And I liked it. It had a lot of funny moments and was pleasant and kind and hopeful. I only felt the time go by at one point during the middle. It worked for me. It took my mind off taking the cat to the vet tomorrow and also gave me some  nice feelings about friendships and shopping. The good old days.